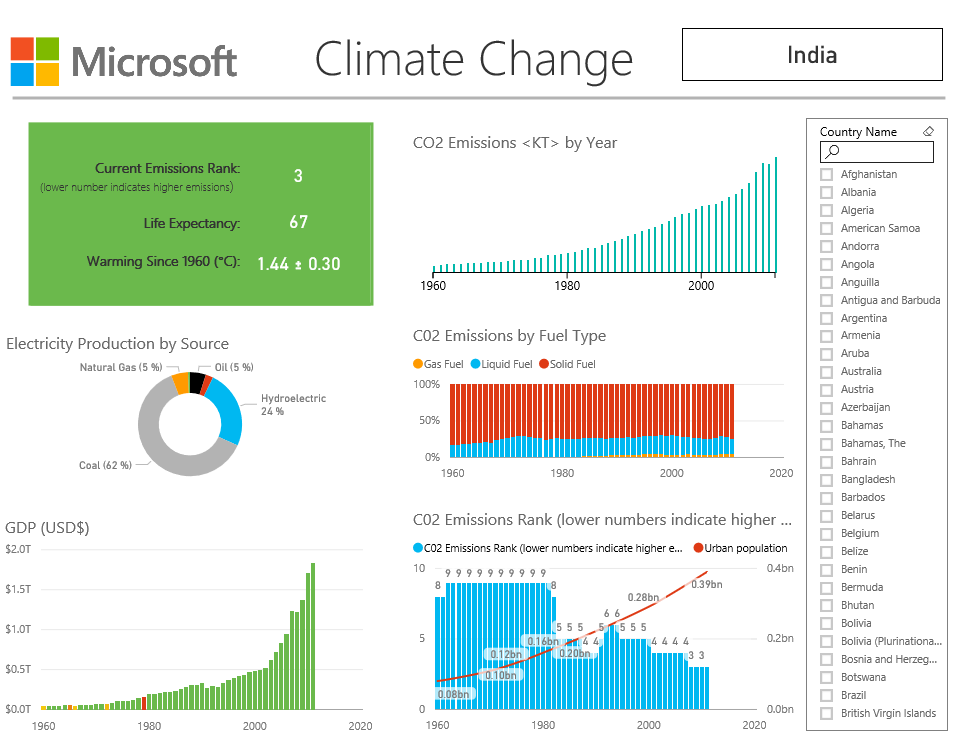 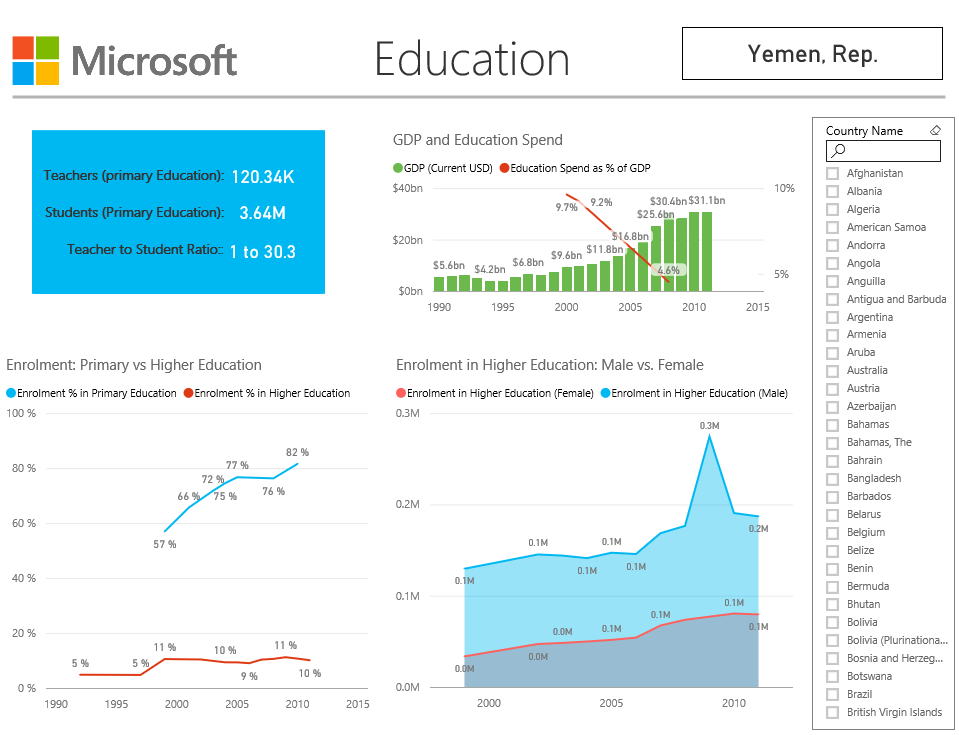 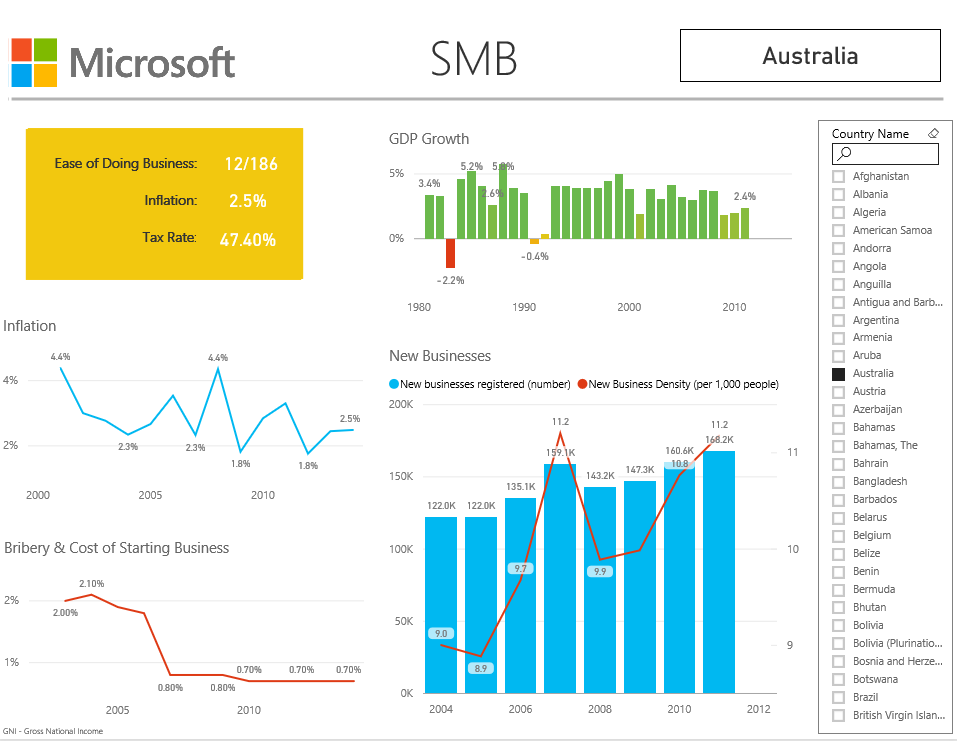 The correlation with GDP is consistent, but there is a slight decline in the percentage of GDP allocated to education in part impacted by the last recession. It is heartening to see that the gender gap is closing with regard to Higher Education enrolment, but this picture changes dramatically when we compare the developed and the developing world, and is not matched by enrolments at the primary school level.

It is widely acknowledged that life expectancy has increased over the years. What stands out is that the difference in the life expectancy of female versus male has remained the same over the years. It is evident, as countries allocate more funds towards Health the country’s population is benefiting from it. It is interesting to note that the fertility rate is going down as the GDP improves.

As a business friendly environment is created, the rate of New Business registrations is increasing. The correlation with GDP is evident. The peak of Small Business activity was prior to the last recession.

Contact us to discuss your requirements or for further information on your Power BI options.