The last few months here at QGate we have been trialling new methods of collaborative working.  Our team has examined various collaboration solutions including Microsoft SharePoint, Microsoft OneDrive for Business and Dropbox in an attempt to find the best product for collaboration between remote and office-based workers as well as contract workers and external agencies.

Originally QGate was using Dropbox (personal edition) to share and collaborate with individuals within the business.  It soon became apparent as new team members were added to our use of Dropbox that file space would be an issue.  The personal edition of Dropbox had certain space limits (quotas) that meant personal edition members without sufficient space quota would be unable to see all of the content necessary for effective collaboration.

This meant we were forced to separate our Marketing Dropbox content into separate storage units with essential working content in one, and larger content in a collection of others.  Unfortunately, this meant that users with limited space quota were unable to access important information without having copies of documents, images and videos sent via email.  Our team’s inability to access all the same material was defeating the entire purpose of shared collaborative space.

With this in mind, we tried to find solutions that would better suit our needs.  The first suggestion was the professional/business version of Dropbox: Dropbox for Business.  However, our reservation towards selecting this solution was two-fold – Firstly the cost, and secondly the lack of Microsoft Office integration.

So we then explored Microsoft SharePoint and Microsoft OneDrive for Business as an alternative to Dropbox.  While this eliminated some of the file size issues we experienced with Dropbox, we were soon faced with new and different challenges.

The main challenge with Microsoft SharePoint came in sharing content with contract workers and external agencies.  One issue that was raised early in the process was that contract workers not affiliated with our Microsoft Office 365 corporate account were unable to access our new Microsoft SharePoint folders.  This problem emerged again when attempting to share files with external agencies such as those responsible for branding and website design.

Further syncing errors between remote and office-based workers led us to conclude that Microsoft SharePoint and OneDrive for Business were not the best solutions for the mix of users, remote and office based, contract and permanent, that we had on our team.

After our failed attempts to use Microsoft SharePoint and Microsoft OneDrive for Business, we reverted back to using Dropbox, this time the profession edition of Dropbox for Business.  Within the new Dropbox for a Business solution, the previous space quota limitations we were experiencing with the personal edition of Dropbox were no longer an issue.

We initiated a 14 day trial of the Dropbox for Business product and re-drafted all our collaborative content back into Dropbox.

One very neat feature of Dropbox for Business is its ability for you to still utilise your personal Dropbox account (they simply become linked).

The content of the two Dropbox accounts become very neatly separated, presented separately and can thus be used truly independently.

The Windows PC Dropbox client synchronises them into two separate folders on your PC (e.g. C:\Dropbox (Personal) and C:\Dropbox (Business)). 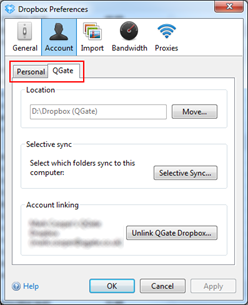 Likewise, the IOS version of the Dropbox application shows them as two accounts. 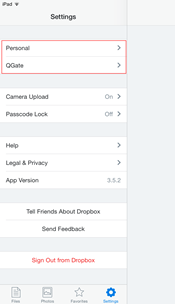 To enable integration with Microsoft office under Windows there are some registry updates required. 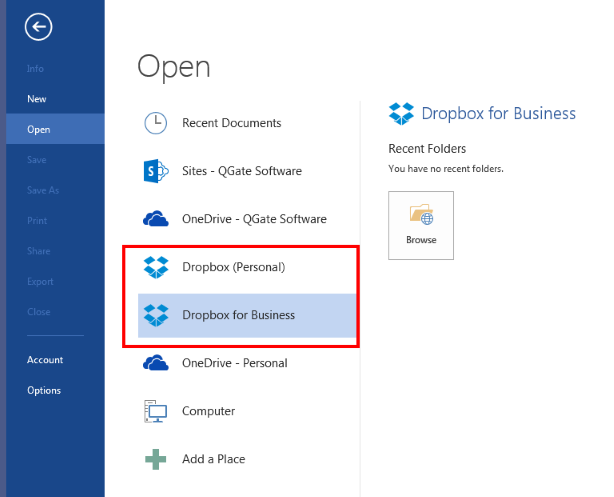 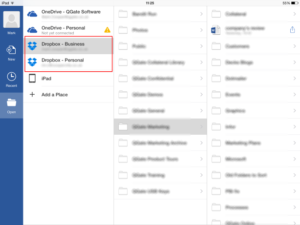 To highlight a few of the key beneficial features of Dropbox for Business:

We remain hopeful towards our adoption of Dropbox for Business in solving our sharing and file collaboration needs.  Hopefully, this post clarifies some of the main pros and cons of each solution so you can make an informed decision based on the specific needs of your company.  We hope that you can learn from our experiences for a more streamlined collaborative experience with your own business teams.

After the challenges arising from the Covid pandemic and Brexit, many small to medium businesses

Microsoft bring together Microsoft Dynamics 365, Microsoft 365, and Microsoft Azure under the title of Microsoft Cloud for Industry.

Wave 1 2022 contains improvements to the Dynamics 365 and Power Platform parts of those solutions.